Theory and Methodology of Holistic Strategy

Financial Strategy in the Global Marketplace

Competing in the Global Market: Analysis and Implementation of Strategy

The Global Emerging Market This course examines current global trends influencing the global emerging market as part of the global marketplace and provides practical knowledge on effective execution of cross-border transactions and M & A, as well as recommendations for setting up international joint ventures, participation in free economic zones, and preparation of import-export transactions. The course emphasizes the various organizational forms of investment in emerging markets, methods of reduction of political and economic risk of investment, and effective forms trade with these markets. An additional focus is the role of private investment in the reduction of poverty and unemployment, and the fight against global terrorism. Usually offered once a year.
IBUS-746 Course syllabus (Word doc.)

Economics and Strategy of Mining Industry

Faced with a large and eloquent audience Nobel Laureate in Economics (2006) Edmund Phelps gave a lecture on the good life, characterized as "flourishing". He explained that mass prosperity came with the mass innovation in the 19th century. Magnus Henrekson, IFN, and Solveig Wikström, Stockholm University, commented on this lecture and discussed, among other things, what creates this good life. Vladimir Kvint, La Salle and Moscow University, addressed the issue of quality in various aspects, and how it is essential for social development – and ultimately whether a society can endure. Torbjörn Becker from Stockholm Institute of Transition Economics commented on this lecture.


In the photo from left: Edmund Phelps, Magnus Henrekson and Vladimir Kvint.

Values were a central theme of the discussions held during a half-day-long seminar. Edmund Phelps presented ideas from his new book Mass Flourishing : How Grassroots Innovation Created Jobs, Challenge, and Change, published in late August. Phelps explained that the power of innovation has diminished in recent decades. In America, he argued, is evidence that the climate for innovation and employment has weakened since the late 1960s. The same applies to Europe where, after the Second World War, the old dynamics never were recreated. The reason, claimed Phelps, is that modern values, which form the basis for the modern economy, are threatened by traditional values that puts society and the state ahead of the individual.
Solveig Wikström, like Magnus Henrekson, did not fully consent with this terminology. Though, Wikström agreed with Edmund Phelps thoughts on grassroots dynamics and values. With Volvo as an example of a large Swedish corporations she explained that a hierarchical organization of companies blocks whattever dynamism may still exist. She explained that we should discuss modern versus postmodern values. "Hopefully, this book will open the decision makers' eyes, so that they realize that grass roots need to be involved" to create growth and prosperity, said Solveig Wikström.
On the theme of values Magnus Henrekson explained that he personally believes "that the post-modernist paradigm, which has become so dominant in academia, in the media, and in the public discussion, is an important reason why, as documented by Professor Phelps in his book, an increasing number of persons experience a lack of purpose and a sense of meaninglessness in their lives." 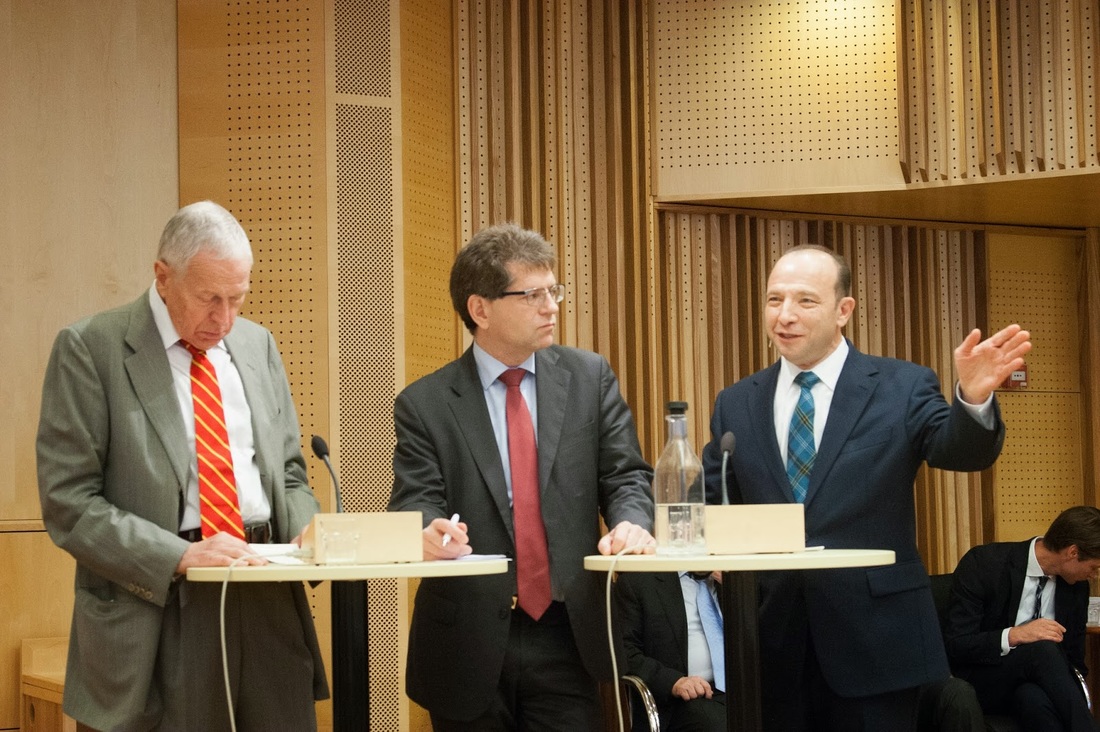 
Programme and Text of Lectures in English and Swedish, October 9, 2013